Home FAQ What is Glucose? 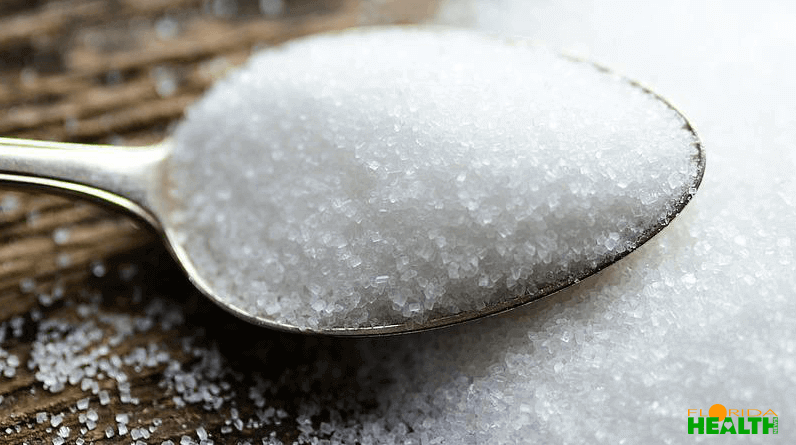 Glucose (γλυκος = sweet) is a naturally occurring chemical compound with the gross formula C6H12O6. There are two enantiomers of glucose: D-glucose and L-glucose. Only D-glucose occurs in nature. L-glucose is produced synthetically in relatively small quantities.

When the term glucose is mentioned without any additional name (prefix), D-glucose is meant. D-glucose is also known as grape sugar or dextrose. D-glucose is the most common monosaccharide (a subcategory of carbohydrates). it's the main source of energy in the metabolism of many organisms.

Optical isomery or enantiomy is a form of stereo isomery that occurs when a molecule contains an asymmetric (chiral) center. Most such molecules are capable of twisting the polarization direction of polarized light.

Other monosaccharides are fructose or ‘fruit sugar’, which has the same gross formula as glucose but forms a pentagonal cyclomolecule. Galactose and ribose. An α-glucose monomer and a fructose monomer together form sucrose, the familiar table sugar, in sugar beet.

Glucose is mainly created by plants and most algae during photosynthesis from water and carbon dioxide, using energy from sunlight and partially stored as a polymer, in plants mainly as starch and amylopectin. Partly thanks to this starch, plants are an important source of food. Cereals, potatoes. Legumes in particular have a high starch content.

In humans and animals, glucose circulates in the blood as blood sugar. Glucose can be absorbed by the blood directly from the small intestine. The glucose in the blood comes mainly from starch, which is broken down by enzymes at an earlier stage, in the digestive tract.

After transport through the bloodstream, glucose from the blood is absorbed into the cells of the different tissues. This is done via so-called active transport, in which glucose molecules are guided through the cell membrane by glucose transporters, which are specialized proteins of the GLUT and the SGLT families.

Glucose, which isn't directly converted into energy via cellular respiration, is converted into glycogen, a polymer of glucose monomers that are stored in the muscles and liver (in the human body about 100 grams). Glucose isn't suitable for storage in the body because, in monomer form, it increases the osmotic value of the cell more than in the polymeric form of glycogen. When there is a shortage of glucose in the body, glucose can be produced through gluconeogenesis.

Table of Contents show
1 Synthesis – How It’s Made
2 What does glucose do?
3 Metabolizing glucose: releasing energy
3.1 Blood sugar level: the role of insulin and glucagon
3.2 Glycogen

Synthesis – How It’s Made

Glucose can be prepared from starch by hydrolysis, a process first carried out by the German chemist Kirchhoff in 1812. By heating a suspension of starch with dilute acid under pressure, glucose is finally produced via dextrin. Hydrochloric acid can be used as acid. Also. Example, carbonic acid.

After neutralizing the acid with lye followed by evaporation, glucose syrup (starch syrup, potato syrup, confectioner’s syrup, white syrup, liqueur syrup) is formed, which consists of roughly 40% glucose, 40% dextrins. 20% water. In addition, maltose can occur and even in large quantities by adding amylase to the above process. Syrups with a high maltose content are important in the preparation of beer.

What does glucose do?

The intestinal wall absorbs glucose and passes it on to the blood. There we call the glucose blood sugar or blood glucose. Via the blood, it then ends up in tissues that can burn it, such as muscles. This creates energy that's needed for example brain, muscles and organs to work properly.

Glucose is burned in the body’s cells. This process takes place in 2 steps. First, certain enzymes break down glucose to the substance pyruvate. This step is called glycolysis. Then this substance is further broken down. Beside water and CO2 also energy is created. For this part of the process, also called the citric acid cycle, oxygen is needed. When too little oxygen is present, less energy is released and pyruvate is converted into lactic acid.

You can notice this. Example, by the acidification of the muscles during exercise. 1 gram of carbohydrates provides 4 kilocalories of energy. A body cell uses the released energy for healing, growth. Recovery of the body and for the transport of substances.

Blood sugar level: the role of insulin and glucagon

In healthy people, this increase continues for about 1 to 2 hours after a meal.

If the blood sugar level starts to rise after eating, the hormone insulin in the blood ensures that the tissues quickly absorb the glucose.

The body can store a small supply of glucose in the liver and muscles. Then it's not called glucose. Glycogen. That supply can come in handy when you need energy fast. Example in core exercise.