Home Lifestyle Coffee and Caffeine – Are There Health Benefits? 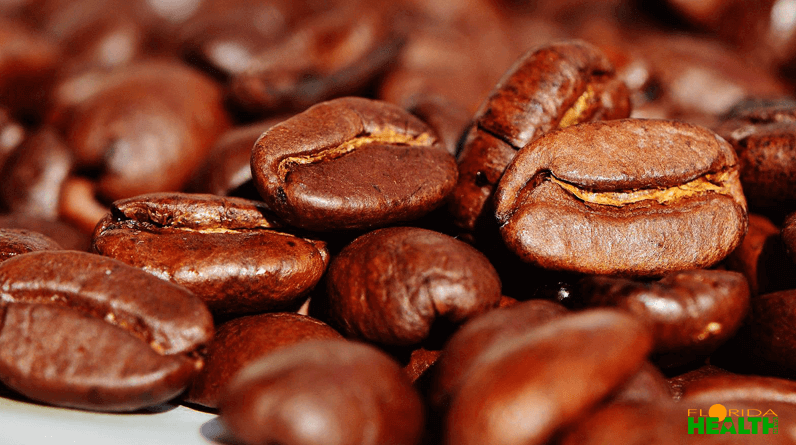 Coffee is a beverage usually consumed hot, prepared with water. Dried and roasted seeds of the coffee plant called coffee beans because of their shape. Coffee contains the stimulant and addictive compound caffeine. Most species of the genus Coffea are native to tropical Africa and the islands of the Indian Ocean. They originate in Ethiopia, Yemen. Sudan.

Table of Contents show
1 Who doesn’t love a warm cup of java in the morning? For most of us, it’s part of the American lifestyle. Here is some information about your daily cup you might find interesting.
2 Caffeine
2.1 Effects of caffeine
2.2 Desired effects of caffeine
2.3 Undesirable effects of caffeine
2.4 Caffeine risks
3 Health effects
4 Mortality
5 Cardiovascular disease
6 Mental Health
7 Parkinson’s disease
8 Type II diabetes
9 Cancer
10 Further Reading

Who doesn’t love a warm cup of java in the morning? For most of us, it’s part of the American lifestyle. Here is some information about your daily cup you might find interesting.

The coffee bean is an important export product from countries around the equator, such as Brazil, Vietnam. Colombia. Coffee plants are mainly cultivated on plantations in tropical countries. Export to countries with temperate climates. Together with the knowledge of the beverage, the plant spread from tropical Africa to North Africa, the Middle East. Europe from the 15th century onwards.

Since the 19th century, the main producers and exporters of coffee beans have been located in the tropical regions of South and Central America, Africa. Asia. The most commonly cultivated species are Coffea arabica (arabica) and C. canephora (robusta).

Coffee is consumed in many cultures. In terms of taste, the drink is bitter and slightly acidic and is therefore sometimes supplemented with milk and/or sugar. Coffee is also used as a flavoring in cakes, pies. Ice cream. Moderate consumption would've a beneficial effect on health.

Caffeine works on the central nervous system and reaches its effect within 15 – 45 minutes and is maximum after 30 – 60 minutes. The duration of action depends on dosage, habituation to caffeine. Various other factors. Usually, it works for several hours.

Caffeine is used because people like the drink it contains (such as coffee/cola) to get more energy. Caffeine ensures better concentration. Caffeine pills are often used to improve study performance. Caffeine is also often added to many fat burners.

A 2017 review of clinical studies show that drinking coffee is generally safe within usual levels of consumption. Is more likely to improve the health of results than to cause harm at doses of 3 or 4 cups of coffee per day. Exceptions are a possible increased risk in women with bone fractures and possible increased risk in pregnant women with fetal loss or reduced birth weight. The results were hampered by poor study quality. Differences in age, gender, health status. Serving size.

In 2012, the National Institutes of Health – AARP Diet and Health Study analyzed the relationship between drinking coffee and mortality. They found that higher consumption of coffee was associated with a lower risk of death and that those who did drink coffee lived longer than those who didn't. However, the authors noted, “whether this is a causal or association life finding can't be determined on the basis of our data.

A 2014 meta-analysis showed that consumption of coffee (4 cups/day) was inversely associated with mortality (a 16% lower risk). Cardiovascular mortality determined (a 21% lower risk of drinking 3 cups/day). Not with cancer mortality. Additional meta-analysis studies confirm these findings, showing that higher consumption of coffee (2-4 cups per day) was associated with a reduced risk of death from all disease causes.

Moderate consumption of coffee isn't a risk factor for cardiovascular disease. A 2012 meta-analysis concluded that people who drank moderate amounts of coffee had a lower rate of heart failure, with the greatest effect found for those who drank more than four cups a day.

A 2014 meta-analysis concluded that cardiovascular disease, such as coronary heart disease and stroke, is less likely with 3-5 cups of non-caffeinated coffee per day. More likely with more than five cups per day. A 2016 meta-analysis showed that consumption of coffee was associated with a reduced risk of death in patients who have had a myocardial infarction.

Strangely enough, drinking four or more cups of coffee per day doesn't affect the risk of hypertension compared to drinking little or no coffee. However, drinking 1-to 3 cups per day may slightly increase the risk.

Prolonged preliminary research, including the assessment of the symptoms of dementia and cognitive impairment, wasn't convincing for a cup of coffee with an effect on the elderly, mainly due to the poor quality of the studies. There appears to be a positive relationship between coffee intake and Parkinson’s disease, as well as coffee intake and depression.

Meta-analyses have consistently found that in the long term the consumption of coffee is associated with a lower risk of Parkinson’s disease.

In a systematic review and meta-analysis of 28 prospective observational studies, representing more than one million participants, each additional cup of caffeinated and decaffeinated coffee consumed in one day was associated with a 9% and 6% lower risk of type 2 diabetes, respectively.

The effects of coffee consumption on the risk of cancer are still unclear, with reviews and meta-analyses showing either no relationship or slightly lower risk of cancer. Studies suggest that the consumption of coffee 2 cups per/day was associated with a 14% increased risk of developing lung cancer. Only in people who smoke.

Question Moderate coffee consumption has been inversely associated with mortality. However, does heavy intake, particularly among those with common genetic polymorphisms that impair caffeine metabolism, increase risk of mortality?

Findings This large prospective cohort study of a half million people found inverse associations for coffee drinking with mortality, including among participants drinking 1 up to 8 or more cups per day. No differences were observed in analyses that were stratified by genetic polymorphisms affecting caffeine metabolism.

Meaning This study provides further evidence that coffee drinking can be part of a healthy diet and offers reassurance to coffee drinkers. 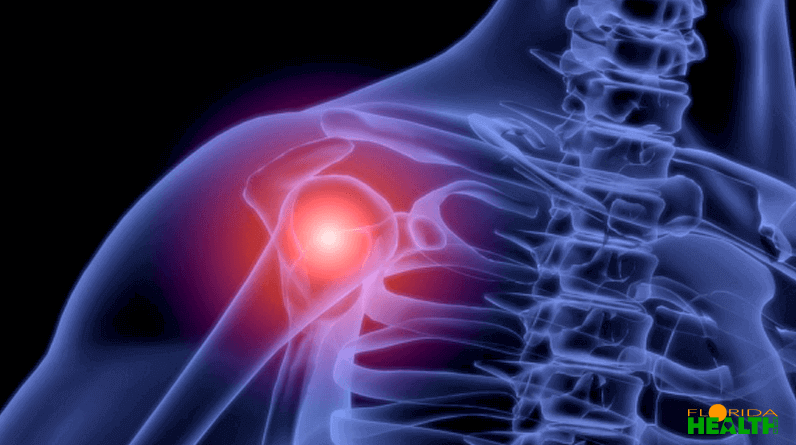 Over The Counter Anti Inflammatory Drugs and Natural Health Remedies 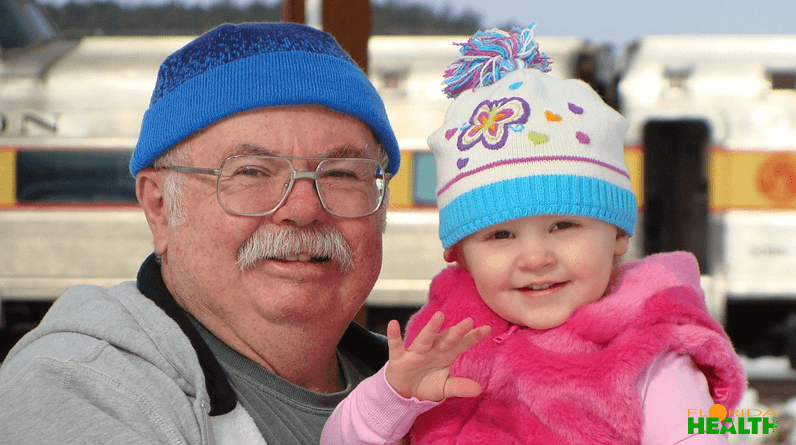 Keeping Your Brain Young and Razor-sharp as You Age 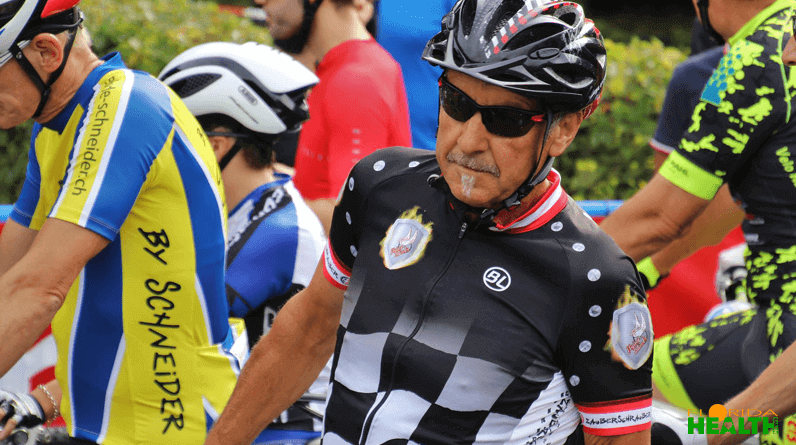